Exlore Skopje for the 2017 UEFA Super Cup: Places To See 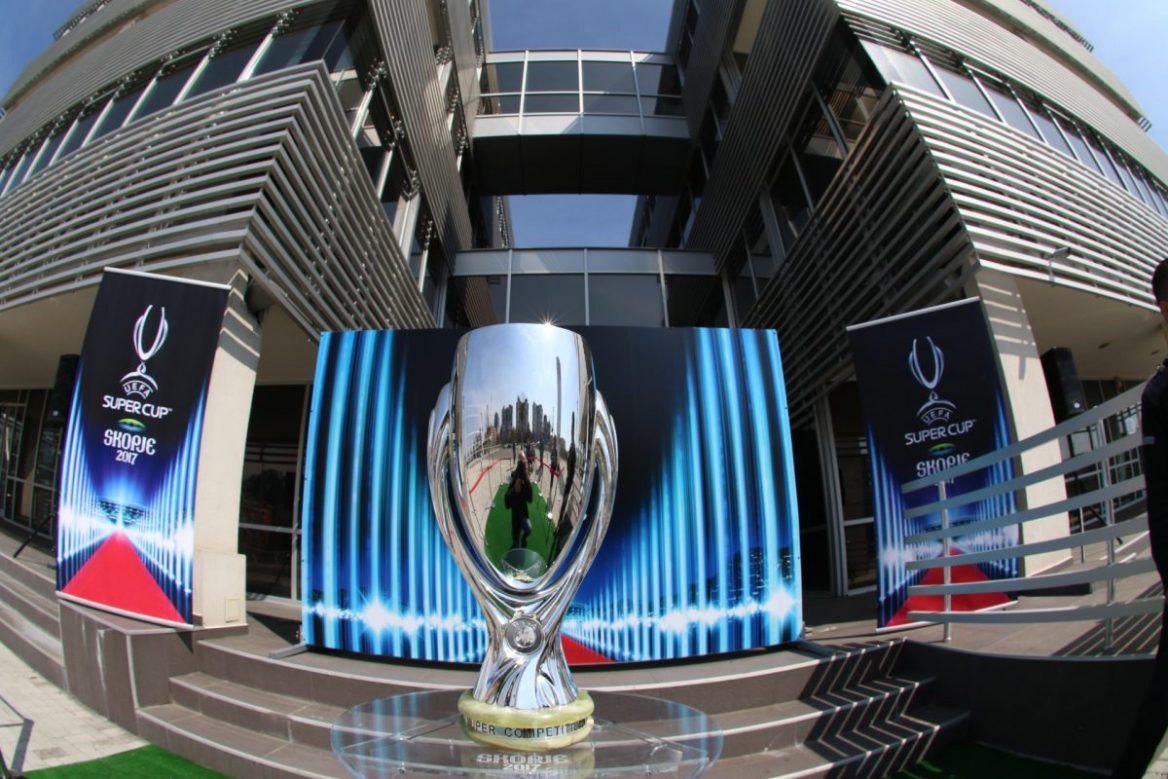 This year, Skopje is proud to be the host of the biggest game in the start of the new European football season. We are talking about the big clash between Manchester United and Real Madrid, the 2017 UEFA Super Cup. In essence, on August the 8th, Skopje becomes the center of European football where fan armies not just from England and Spain, but probably from all over Balkans and Europe too will arrive!

The big game will happen at the newly reconstructed National Arena Philip II. It is also known as the Telekom Arena and it is the biggest stadium in Macedonia with a capacity for 33,460 loyal fans. It is also the home ground of football clubs from Skopje, FK Vardar and FK Rabotnicki as well as for the Macedonian National Football team.

The National Arena Philip II is located just northwest of Skopje’s city center. It is about 15 minutes walk to the stadium from the central Macedonia Square. It’s a little further from the Skopje’s main railway station, which is on the other side of the center. If you’re staying at a hotel that is further from the venue, a walk would be a little intense for you, considering the heat wave that is present in the following days.

But, before you enter the Arena for the big game, you might as well see Skopje and its environment. After all, this is our capital city and our economic and cultural center here in Macedonia. We recommend you to arrive for the weekend or the day before the game as the best period for you to feel and enjoy our beautiful Skopje and its surrounding.

Start with a walk around Vardar river and Stone Bridge

Our city is built along the banks of Vardar river. That’s why the both sides of our city are linked with bridges. Some of these bridges can be crossed with a vehicle, like the Goce Delcev bridge. But the main attraction happens at the city square, where the Stone Bridge is. Stone Bridge is built under Roman Emperor Justinian‘s rule, who is also born near Skopje, at the village of Taor, located 20 kilometers southeast of Skopje.

The stone bridge links the old Skopje with the new, representing the diverse nature of the city. This is also the place where of the famous Skopje Riverwalk. Here, there are a lot of the city’s best bars, restaurants, and cafes where you can treat yourself and refresh before the big game. 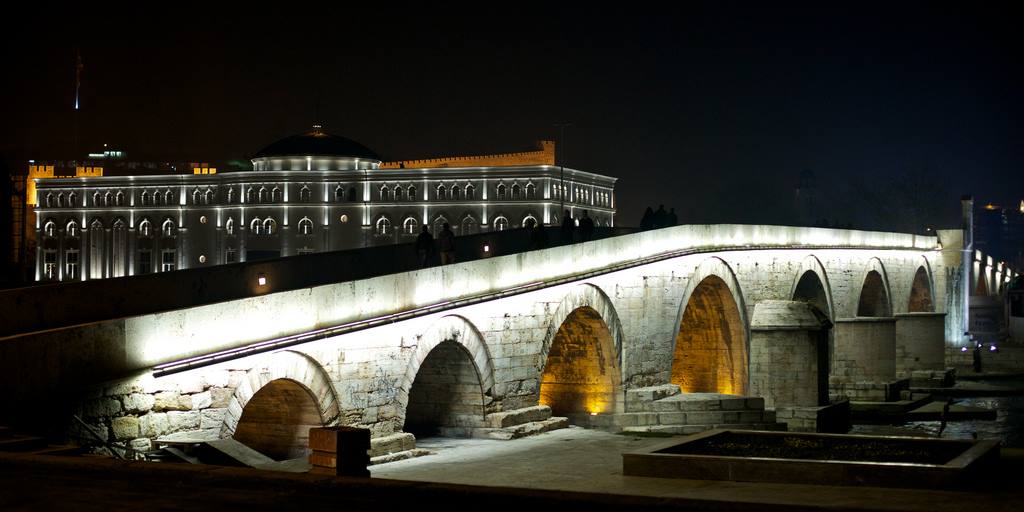 Matka is a canyon located 16 kilometers west of central Skopje, Macedonia. Covering roughly 5,000 hectares, Matka is one of the most popular outdoor destinations in Macedonia and is home to several medieval monasteries. The Matka Lake within the Matka Canyon is the oldest artificial lake in the country. A beautiful and calming nature awaits if you want to cool down before entering the Arena on Tuesday night. There is no bus as a public transportation to get to Matka, but you can rent a car or pay for a taxi. 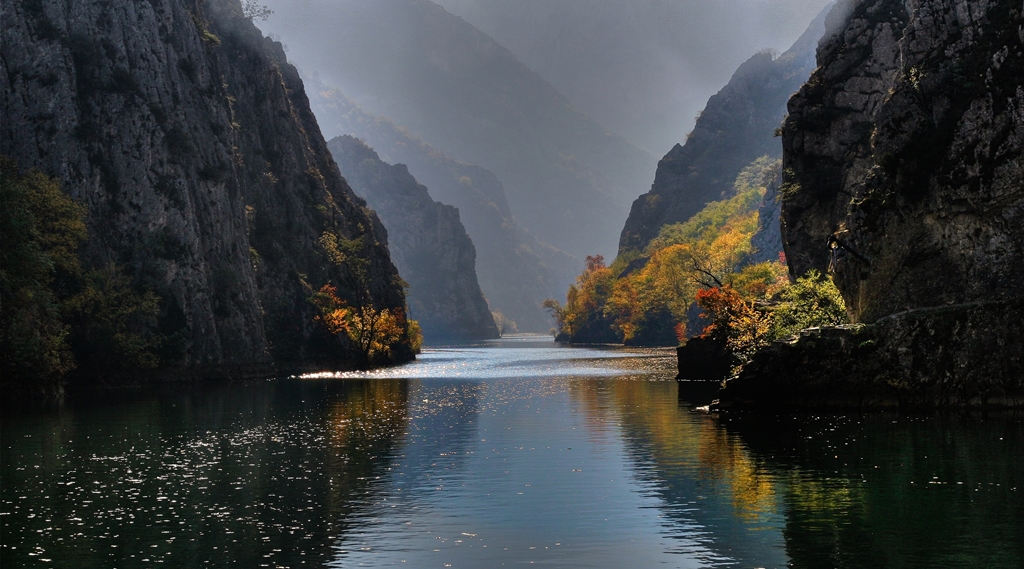 Enjoy the view of Skopje from Kale Fortress

The Kale Fortress is standing strong over Skopje since the 6th century. Just like the Stone Bridge, it is built in the reign of Emperor Justinian the First. Later in the medieval century, when the Ottoman empire occupied Macedonia, the Kale Fortress was partially destroyed. But it’s reconstructed for over 10 years now and from there you can see the city center as well as the Vardar river and The National Arena Philip II too. 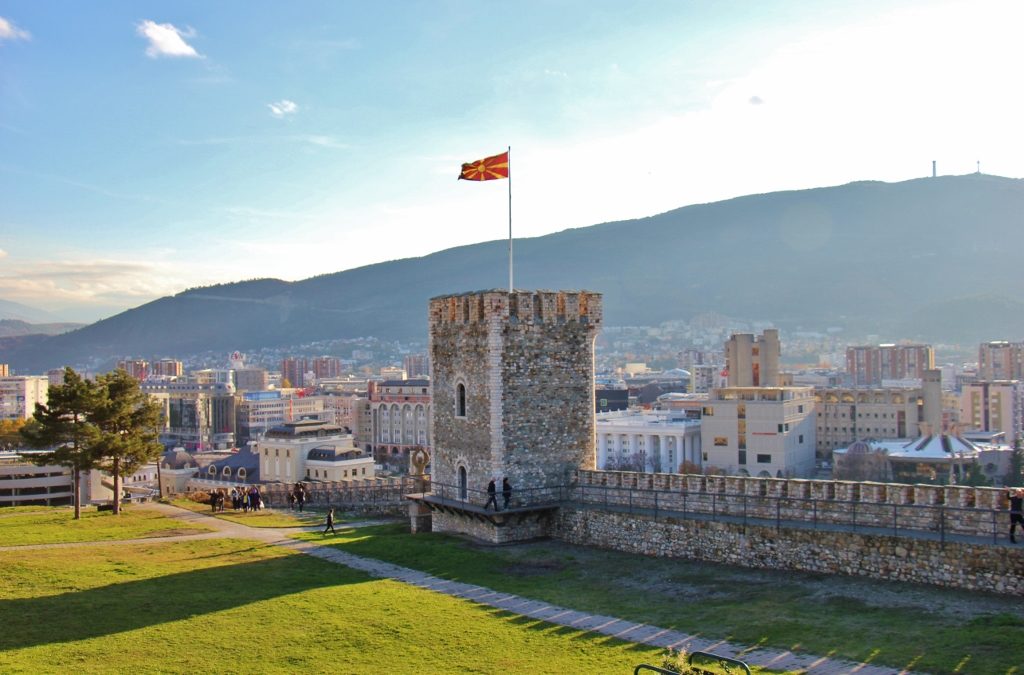 This is practically the heartbeat of Skopje, as well as the place where different cultures of the city are combined with centuries of history behind them. This was the largest Bazaar on the Balkans in the 17th century, behind in size only to the Grand Bazaar in Istanbul, Turkey. It is still big today, starting from Stone Bridge, to Bit-Pazar, and spreading to the Kale Fortress too. Here, you can see mosques, türbes (mausoleum tombs), converted hammams (bathhouses), churches, the Museum of Macedonia, the Museum of Modern Art, and several inns. 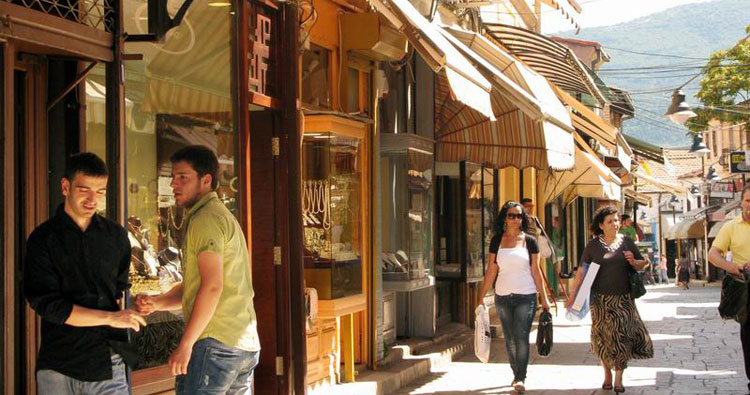 But shopping here is the must-do activity. Craftsmen are selling their products here starting from copperware to hand-tailored suits. There are also lots of traditional cafes and restaurants where you can sit down for a delicious kebab, lahmajun (meat pie), and Turkish delight.

Skopje is a beautiful and modern city. Wherever you plan to go before the UEFA Super Cup match, you will not be disappointed. We’re sure that you’re going to want to come back and relive your memories of our capital city. Enjoy your stay and let the best team win :-).

Need to rent a car in Skopje to make your stay easier? We’ve got you covered.